What do Santa Claus and gaming companies have in common? (Part 1)

Everyone knows Finland houses “the real” Santa Claus, or simply Santa. Finnish people believe that Santa Claus or Father Christmas lives in the northern part of Finland called Korvatunturi (or Lapland), north of the Arctic Circle. Santa Claus’ home got established in the Artic when Markus Rautio, a Finnish radio broadcaster known as “Uncle Marcus”, reportedly declared on air in 1927 that Santa’s workshop had been discovered in Lapland’s Korvatunturi, or “ Ear Fell,” and so the notion of Santa Claus living in Finland became part of the public consciousness.

However, not many among us may be aware that Finland has also given birth to some of the most successful games companies in the world today. The two gaming behemoths, Supercell (developer of the game Clash of Clans) and Rovio Entertainment (the company behind the well-known Angry Birds) both come from Finland, but there are many others that have their origins in Finland as well. Just think of companies like Remedy Entertainment, RedLynx, Housemarque, Fingersoft, Frozenbyte, and many more. 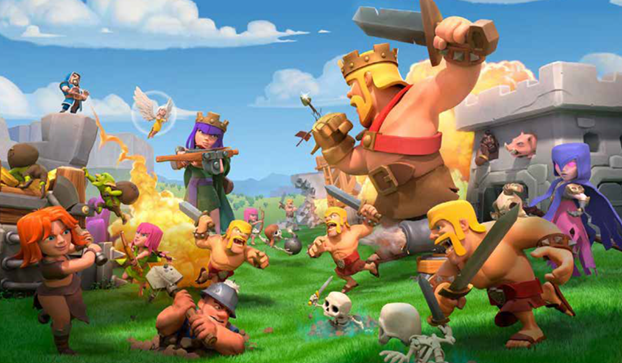 Not new to this game

The first known Finnish digital game was released as early as 1979: Chesmac, a chess game designed by Raimo Suonio. However, serious game development efforts didn’t start until home computers gained popularity in the beginning of the following decade. Fast forward to the past five years and the Finnish game industry has really become very successful. The growth spurt started in 2012 with mobile gaming juggernaut Supercell’s skyrocketing titles Hay Day and Clash of Clans. Both games topped the list of most profitable games, and that’s where they have stayed for several years. 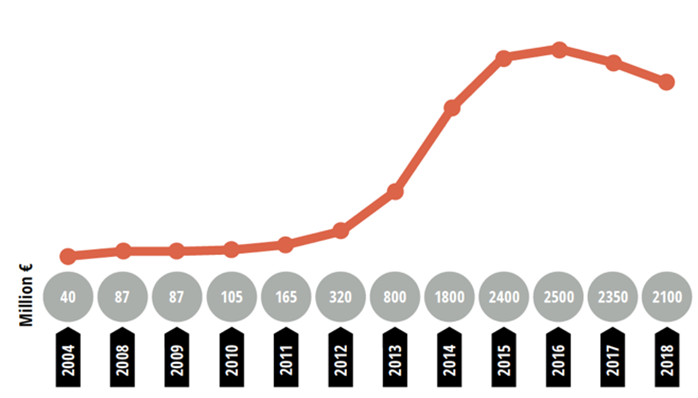 The increase in turnover of the Finnish game industry continued until 2016. After that, there has been a decline in 2017 and 2018 but despite that, the game industry is still an over €2 billion industry in Finland and the country remains one of the three biggest game developers in Europe with the gaming revenue being the world’s highest in relation to the total population. Because of this size, there is actually a chronic and almost constant shortage of developers in Finland and gaming companies have to resort to international recruitment agencies to find suitable employees. Hence, gaming companies in Finland have named the problem of finding senior employees as their number one challenge in a survey conducted by industry associates.

According to Neogames Finland (a non-profit umbrella organization for the Finnish gaming industry), the Finnish games industry generated around €2.1 billion in turnover in 2018. Unsurprisingly, Supercell had another billion-plus-dollar-year, taking in nearly €1.4 billion from players during 2018 (down from roughly €1.8 billion in 2017 and €2.1billion in 2016. Its 2016 title Clash Royale generated the largest portion of that at about 42% of total players’ spending.

The times they are a changin’

Perhaps the most significant change during the last couple of years has been that the Finnish gaming industry has become much less dependent on Supercell. In 2015, Supercell’s share of total turnover was almost 88%. In 2018, that share had come down to only 65%. Moneywise, this means that while in 2015 the game cluster outside Supercell created a turnover of €300 million, in 2018 that turnover was over €700 million. Not bad at all and a clear sign that the Finnish game industry is not a one hit wonder.

Neogames estimates that, from 1995 to 2018 there have been almost 600 game companies out of which 220 were active in game development at the end of 2018. For comparison, Neogames’ first study about the Finnish game industry covers the year 2004 and includes 40 active game studios. Out of those 40 studios, only 11 are still active in game development. The other 29 have either moved to other branches or went out of business. 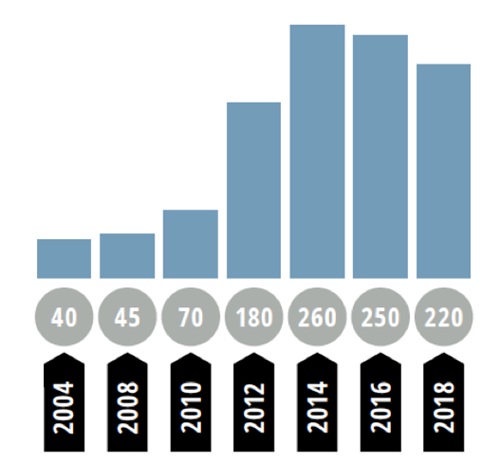 Interestingly, in 2018 only 100 new games were published by local companies, compared to an average of 150 to 200 games per year prior. There are probably two main reasons for this. First of all, as Neogames also confirms, there is a focus on the games-as-a-service model. Studios concentrate on developing their existing games rather than launching new ones. It said only 5 out of the 30 biggest games studios, as ranked by turnover, launched a new game in 2018. Secondly, even when preparing for new games to be launched, this can take quite a number of years. That in itself is definitely not a negative, as it takes time to build a pipeline, transform that pipeline into actual playable games and finally launching the game. It is by nature a very lumpy business and it also helps to explain why gaming companies try to squeeze as much as they can from their existing game portfolio.

Helsinki remains by far the most popular hub for games companies. The ‘capital region’ holds 46% of the country’s industry, up from 42% in 2016. This area also generated 97% of the industry’s turnover, with 75% of all employees working there.

In Part 2 of this blog post, we will talk about a recent game-changer for the industry and the increased interest of Chinese companies for the Finnish games industry. So stay tuned for more!